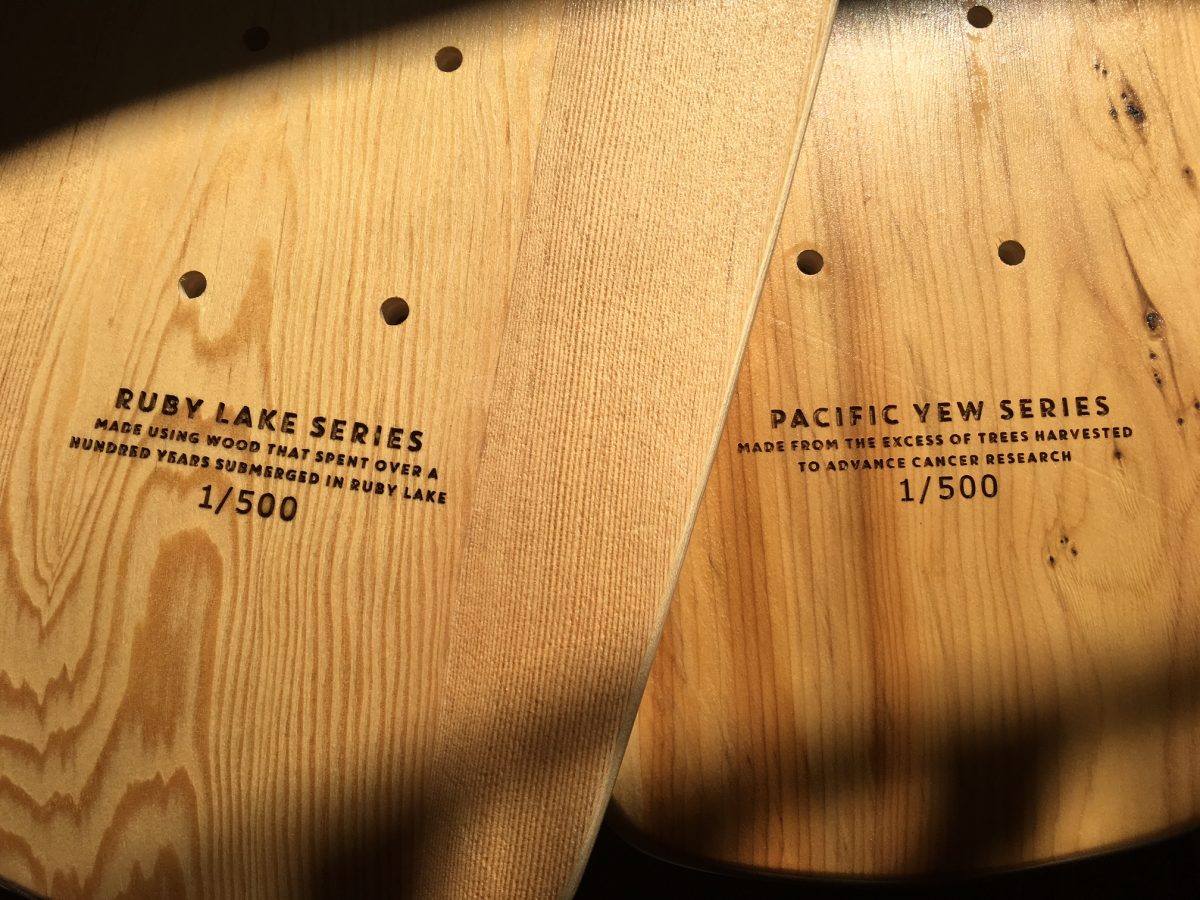 Landyachtz has for the longest time, been a great Canadian manufacturer of everything pragmatic and friendly. Especially of something like the Landyachtz Dinghy – a long running favorite of cruisers and commuters everywhere – or the Landyachtz ATV Series. Landyachtz is back at it again with the release of their limited edition Revival Series a line of small cruiser boards hand-crafted from some very special Canadian veneers.

The first is a beautiful Ruby Lake Fir wood. Logs harvested at the turn of the century were later forgotten and sank, remaining under the lake for over 100 years. Now, they’ve been raised from the bottom and revived for use as veneers in the Landyachtz Revival series. The second wood is a Pacific Yew, whose bark is used to make a cancer-fighting drug. The wood however, is leftover and discarded, so Landyachtz repurposed these as material for veneers as well.

Both varieties of wood come together to create a mini cruiser that can both be hung up on the wall or ridden as your favorite daily. Both options come in a limited run of 500 pieces, and they ship this week!

Update: Looks like Sanction snow has the Revival series up for sale!

Laser-burned insignias in the cruisers.

These are limited edition longboards. Plenty of longboard companies use recycled material, and that is rad, but the Revival Series story is especially compelling.

Landyachtz decided to make that timber useful again, bring us their Revival Series. When you ride one of these and someone asks you about your board, you’ll have a dope story tell them.

Riding a board from Landyachtz? We want to check it out. Follow us on Instagram and tag us with a story about your ride.