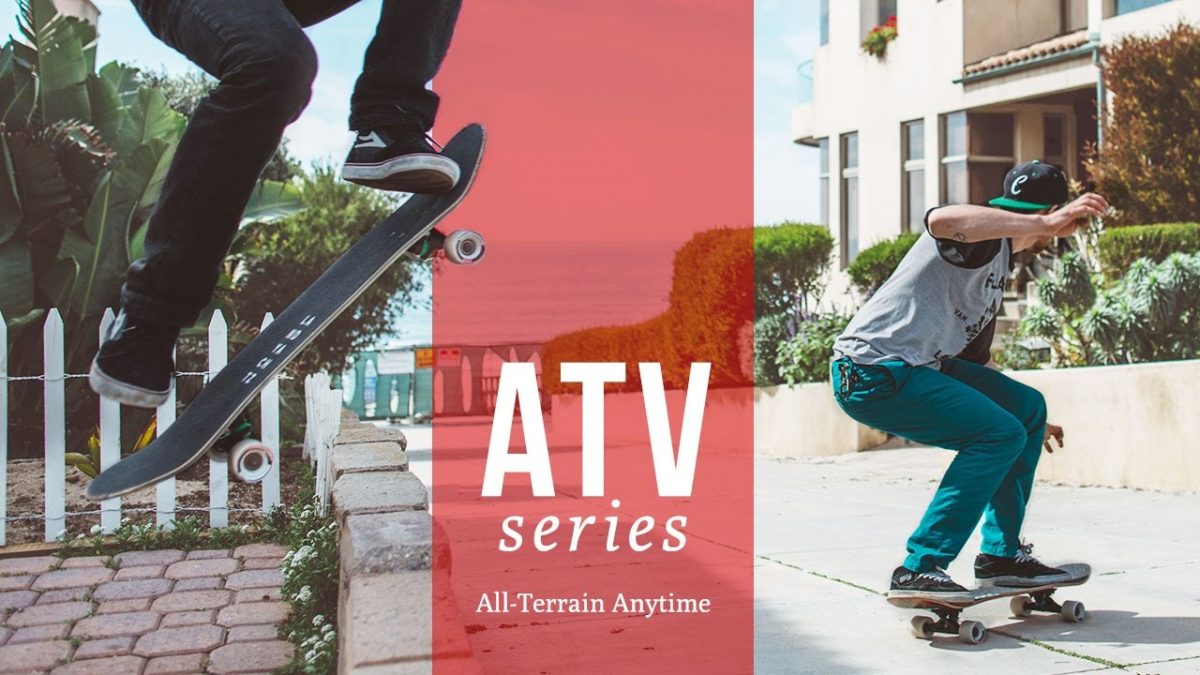 These new double kicks from Landyachtz will kill your quiver! Check them out!

With the success of the Loco series, Landyachtz seems to have gotten hooked on creating skate-inspired decks with a slashing twist. The new ATV series, as revealed in the Landyachtz 2017 line, offers mellow concave with a durable longboard construction, matched in heaven with shapes that are ergonomic, economic and foot-friendly for all-around urban skateboarding.

There are three variants in the 2017 ATV series: the Perfecto, the Laguido, and the Presdente. The names pull inspiration from the mexican-themed Landyachtz Loco graphics.

The Perfecto is the widest and one of the two longest in the series, at 32 inches in length and 9 inches in width. This seems to be the most cruiser-friendly out of the 3, with a tapered, retro-inspired shape.

The wider front assists in reminding newer riders that leverage should mostly come from the front foot, leading to some naturally stable riding. The pointed nose gives the shape a directional-feel, all the while offering symmetrical concave for comfortable switch riding.

While the front kick is shaped, the back kick is utilitarian and shaped like a street kick, maximizing pop and leverage for ollies, shuvits, and blunt tricks. The 9 inch width is comfortable for standing on for long periods of time, and better suited for people with medium-large sized feet.

The Laguido is the completely symmetrical, street skate-esque board in the 2017 ATV offerings. It’s similar to the Perfecto in its 32 inch length, but different in its 8.5 inch width. The 8.5 inch width is designed to be street-friendly; when doing flip tricks, kickflips and ollies, a narrower width translates to better responsiveness and easier rail accessibility.

The kicks are symmetrical, so there really isn’t a front or back to the deck, not counting the graphic. It’s also comfortable for people with smaller feet, as the narrow width means the rails are closer to the toesand heels.

The Presidente is practically a Laguido, except with a directional shape. This is a board that’s fit for those who would appreciate a directional shape, but would still enjoy doing flip tricks with a practically symmetrical kicktail setup. The slightly wider width shouldn’t make too much of a difference, but the slightly rear-loaded taper is friendly for those who are surfing the street.

All in all, the ATV series is fit well for a do-it-all, fast-cruising/slashing setup. The stock set ups are also solid. Being the lowest cast TKPs on the market, Polar Bears are an awesome addition to some already incredible boards.

Get a Landyachtz ATV