The Kevin Reimer Samurai deck, while massive for a downhill board in today’s race culture, is absolutely fun for taking drifty lines and going fast.

Powell Perlta and Kevin Reimer designed a beast of a board that features: microdrops, flat top w-concave, ultralight construction and polyurethane bumpers. The board is incredibly light for its size due to its construction, but carrying a light board up the hill is the best. Now urethane bumpers aren’t new to the game, but Powell Peralta has the best implementation of them. The bumpers on the Powell line up are just <i”>thicc, while a company like Moonshine  has them more flush with the deck. I also appreciate Powell taking the bumper all the way to the flairs, rather than stopping just at the nose. The board has a simple w-concave that flows through the whole deck, somehow they managed to make the first w concave that isn’t uncomfortable to push or stand on for an extensive period.

Having skated this board for six months with much abuse and countless curbs I can say this thing is built to last. The bumpers can handle serious abuse that would normally delam most decks. I lost the board at the top of a run once and it rolled all the way to the bottom, probably reaching 30mph before hitting a curb at the bottom. The deck was totally fine and the bumpers held up. Even while flipping the deck during a crash the flairs were well protected by the bumpers covering them. 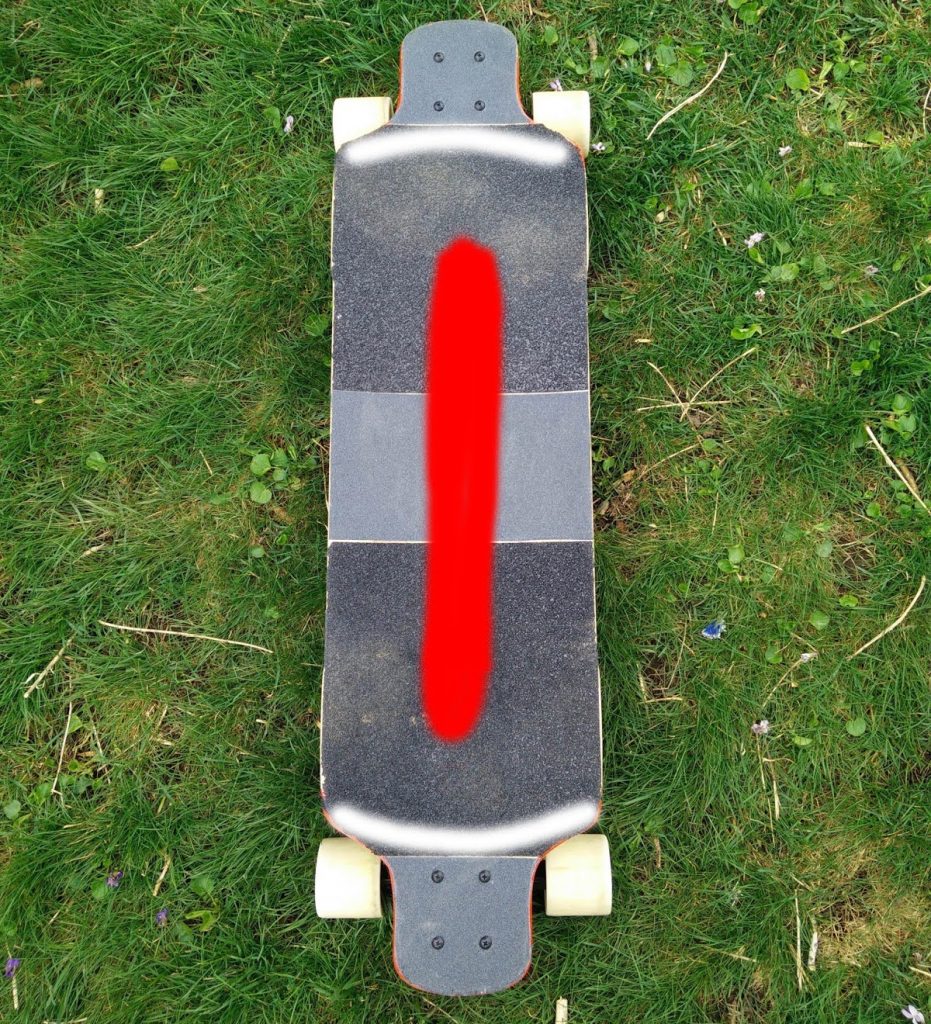 The Samurai’s concave is very simple, which seems to be the theme of Powell lineup. The concave is symmetrical with 3/8in micro drop and a flat-top w concave running down the deck. The concave is pretty mellow, but on a 10in wide deck it feels like more than enough to hold you in place. I’ve heard that the idea for this particular concave was to allow your foot to touch the deck the at all times, which allow more traction leading to grip.

The drops are a simple 3/8in drop, it isn’t anything special but its there to do it’s job. However, I found on chunder fill runs I would add a footstop just to make sure there was no slip. I think the w concave is was what makes this deck unique. Most w concave have a simple rounded arch/peak kind of shape, while the Samurai w is more like a flat top. So the flatter w concave isn’t as noticeable when standing directly on it, but when you push against it for predrifts or toesides you can immediately feel it. It is honestly quite magical, because its there when you want it and basically gone when you don’t need it. 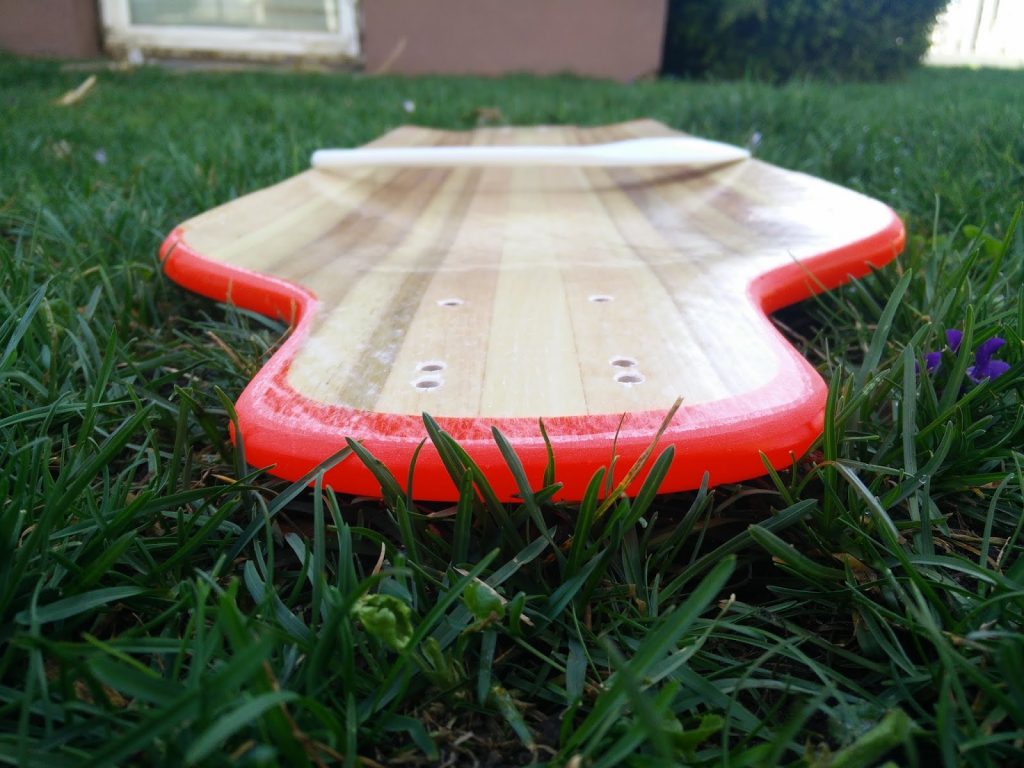 I think the only downside to this deck is simply the massive wheelbase at 29in. While the concave is comfortable, you have to find how you want to stand on this boat. I normally have a 23 to 24in stance on a 27 or 26in wheelbase so I found my back foot was normally not anywhere near the back truck. It worked for me, but its something I’d keep in mind while looking at this deck.

Bottom Line: I’d recommend this concave to anyone who is a fan of a w concave and mellow concave style, because it just works very well

Obviously when you get a new downhill deck you have to adjust to it and this deck is no different. There are three things you need to really adjust to: a long wheelbase, 10in width and no rocker.

After adjusting to this deck, it quickly turned into a certified downhill monster. Having big cutouts allows you to run the biggest wheels without worrying about any bite, the long wheelbase helps add a touch of stability and the simple concave allows you to do long runs comfortably. One thing I really learned to appreciate about this deck was just how comfortable it really is, I was never sore after a long session of tucking even with the w concave. The Krime’s boaty nature also gave a new feeling to my downhill game, it was very fun to float around corners on a long wheelbase.

Freeriding on the Samurai is basically what you expect – drifty and boaty. With the long wheelbase everything feels a tad slower and less snappy, but after adjusting to it you can go just as a hard as a smaller wheelbase. I think what I enjoyed much about this deck was how forgiving a 29in wheelbase is compared to smaller decks. Plus with its ultra strong bumpers I wasn’t constantly worried about curbing my board; I knew it was going to be just fine. 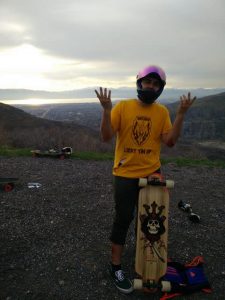 The Samurai, while massive for a downhill board in today’s race culture, is absolutely fun for taking drifty lines and going fast. With its incredibly durable bumpers this deck should last you a long time through all the abuse you put it through. With a comfortable concave and it being light allows it to be a great to board for just pushing around, cruising with friend or walking up hills after a long run.

However, no deck is perfect. The deck could definitely offer more than one wheelbase, something like around 27in would work magically with this design, but with that being my only complaint you can see how great this deck is.