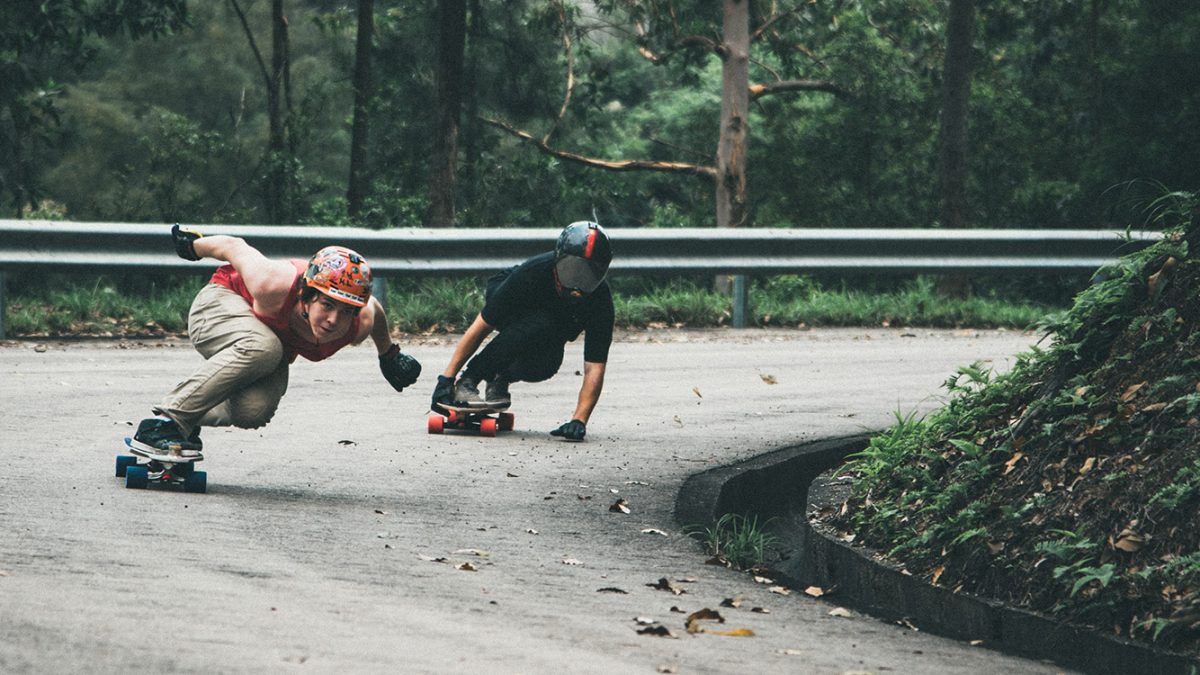 Pantheon continues on its trend of stylish but minimalist, utilitarian downhill and freeride decks with the new 2017 Pantheon Sacrifice. See for yourself the glorious beast that Jeffrey has created this time.

When it comes to community involvement with a company’s creation of a product, Jeffrey Vyain of Pantheon is one of the best. Ever since the founding of Pantheon, Jeff has always been active online on Facebook groups, writing posts and comments engaging his local community and riders spread far and wide about the validity of his concaves and shapes. He posts in-progress pictures more than any other company we’ve ever seen before, and he takes the comments from under these posts into consideration- much of the time, you can pinpoint the exact comment that inspired a shape change that made it into final production.

Jeffrey also understands that although concave can be similar across a few boards, that the shape can have a significant impact on the function of a board. For this reason, Jeff sometimes releases different shapes that are made from the same mold. Surprisingly enough, the decks ride and handle differently from each other.

A prime example of this is the Pantheon Sacrifice, a kickless, taperless re-imagination of the 2017 Sage mold, with previously unseen W-concave that spans the whole board, minus for a few inches surrounding the quarter inch drop in that trademark Pantheon crescent shape. The W placement juxtaposed against the drops creates a supreme lock on the arches of your feet, as the W digs into your arch, while the drop supports the outside of your feet. The crescent allows for more efp into the edges of the drop, where there’s an incredible toe/heel pocket to really dig that foot in for stand-up slides and glove-down drifts.

Along with a gnarly brand new graphic and tons of wheel clearance compared to older-generation Pantheon decks, the Sacrifice is one board that you won’t want to miss this year.